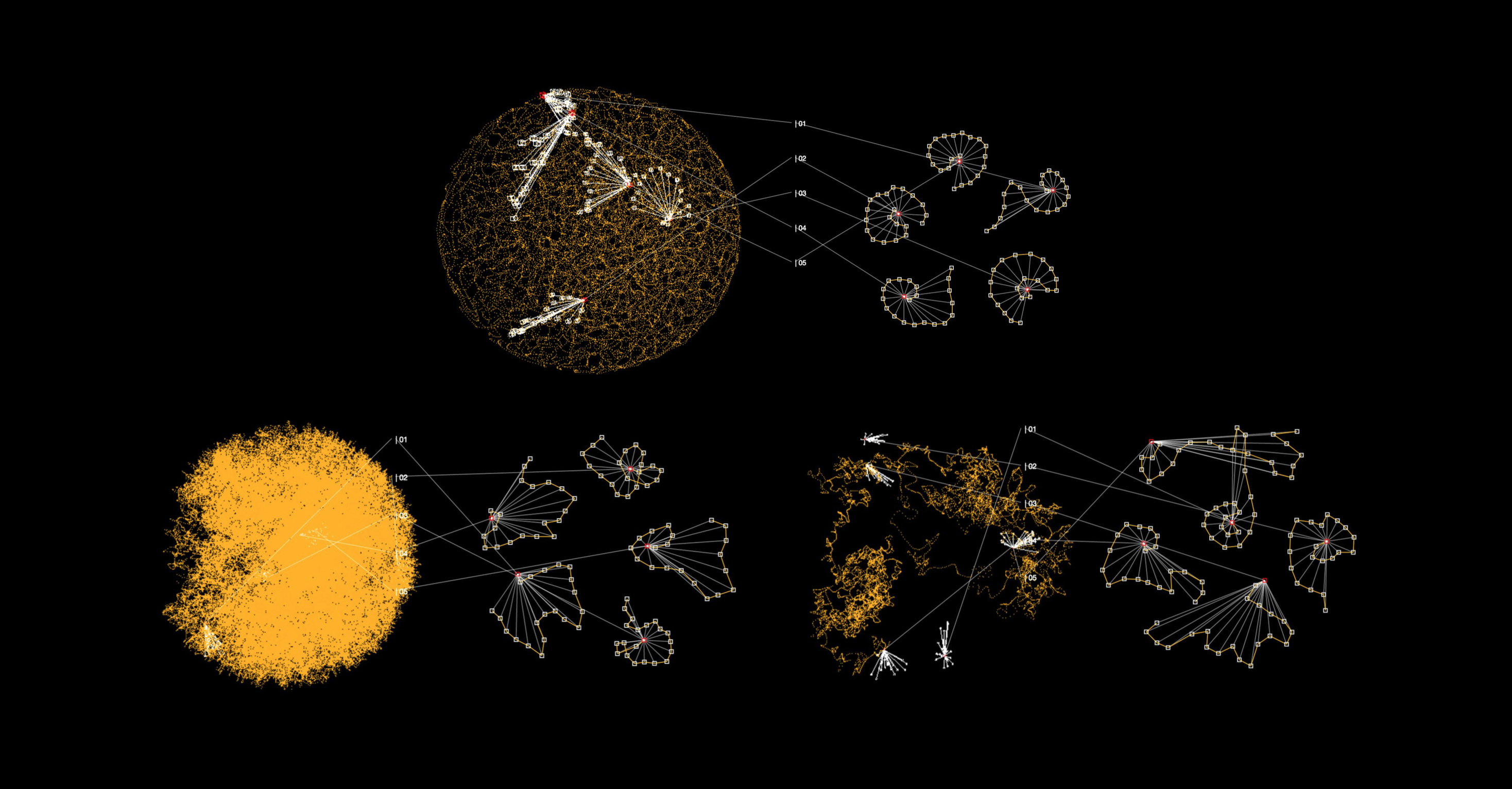 The discovery of lncRNA in the human genome revealed that genetic traits are determined not only by sequences of nucleotide basepairs, but also by the three-dimensional structure of DNA.

Like an organic computer or the shifting stairs in Harry Potter, lncRNA enables DNA to re-arrange its structural form in a way that establishes pathways for genetic traits to be expressed.

DNA imaging technology is now being developed to map where and when these 3D arrangements are formed in the genome lifecycle. This allows genomicists to correlate 3D DNA arrangements to genetic traits, or to develop computational models that deconstruct how these 3D structures are formed.

Gin was designed to leverage existing workflows in genomics and couple them with new 3D DNA visualization paradigms.